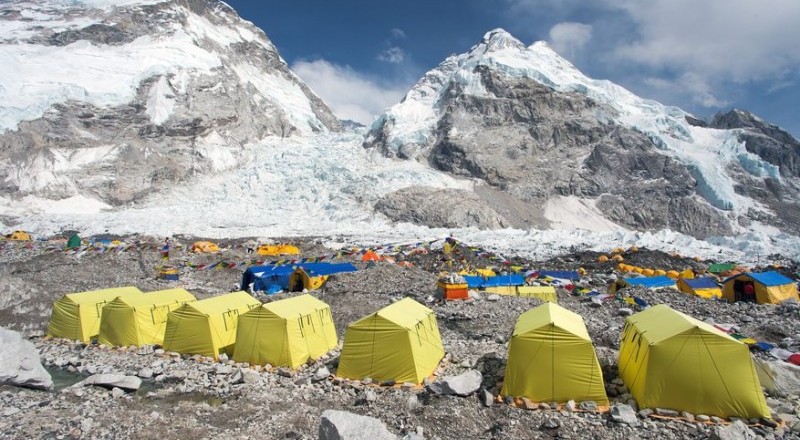 Best time to visit the Everest base camp trek

Nepal is rich in culture, history and the highest mountains in the world. You might want to watch hundreds of the climber descend on Everest Base Camp in their attempt to stand on top of the world, adding interest in the timing of your trip to Everest Base Camp.

Walking with the highest mountain in the world in the backdrop shall be the feeling throughout the trail, Everest Base Camp (EBC) is one of the most trekked trails in the country. The EBC trek is known to be the grand journey that takes trekkers from the low-lying hills of Nepal to the world’s tallest mountain peak’s base camp.

The Everest region has it all, from sheer beauty to dramatic massive mountains, from diverse cultures to the exotic trails. This region offers an experience for a lifetime. Everest base camp offers majestic views of Mt Everest, icefalls, glaciers, ice-falls, stunning landscape and varieties of flora and fauna in the Sagarmatha National park.

Contrary to what you might think, the wonderful time to trek to Everest Base Camp is not during the height of Summer. Rather, large window periods on either side during summer provide the best conditions for the trek.

The best time to visit the Base Camp is either side of the late-May to mid-Sep monsoon season. Late Sep-Nov and Feb-May are the main trekking months with fairly stable conditions, good visibility, and temperature at Base Camp getting up to about -6°C.

At Base Camp, you might also experience  groups of climbers in late April or early May preparing for their attempts on Everest’s summit. Although late Nov-Feb is extremely cold, around -15°C by day and much colder at night, clear skies are usually the norm with quieter trails and teahouses adding to the exhilarating feeling of wild and unadulterated isolation.

The month of June marks the monsoon in Nepal and reaches its peak in July until bidding a farewell for the year in August. These months are considered as off-season in economical point of view. But, based upon the trekking experience, this season has its own charms comes second to none. If comfort is placed at rock-bottom, Everest Base Camp Trek during monsoon is so much more than meets the eye.

In fact, you don't even have to put your comfort at stake for that matter. Provided Everest region is merged in the Trans Himalayan region, it is far less affected by the monsoon. The trails are not the driest,still easier to walk. If you are picturing a slushy-muddy trail, you are totally wrong there. And for the view, don’t expect shiny peaks to look at you the whole time. But as the cloud clears, the mountains shall unveil for you like never before.

December is the beginning of winter and the coldest month in Nepal. In the higher altitudes, the temperature falls below 0 °C in winter. The Everest region is very freezing during mornings and nights. At night, the average temperature is around – 14 °C. Yet, the temperature ranges from 15 degrees- 20 degrees Celsius during sunny days.

Even though it is very cold during the mornings and nights, you can enjoy pleasant weather during the day. The Everest region has almost no rainfall during December, although you may see some snow. The weather is pretty predictable in the Mount Everest region during December. So, you need not worry about abrupt switch between  the weather during your trek.

You will thank yourself for making this resolution once you are on the trail. Since it is the off-season for trekking in the Everest region, you will only find few people trekking there. You will have enough space and time for enjoying the spectacular view and take some amazing pictures too!

Everest Base Camp Trek in September, October,the November are considered the best time to hike Everest Base Camp. In this time, the average temperature of the area above 4000m falls to 15oC with a maximum of 20oC during the sunny days and minimum to -10oC at night and morning time.

It is the most recommended season for Everest Base Camp Trekking as the weather and climate remain attractive for visitors. Although the flowers cannot be seen in a large mass, the clearly seen sky view will mesmerize you in a grand way.

It is the best time that offers the crystal-clear view of mountains in Nepal like Mount Everest (8848m), Ama Dablam (6812m), Nuptse (7861m), Mount Lhotse (8516m), and many more named and unnamed. Rare and exotic flora and fauna like Yarsagumba, and red panda are also active during this time. Greenery hills, glaciers and ice-falls, and flight scenarios also can blow your mind up with its exciting show-offs.

The autumn season welcomes different festivals and fates in Nepal. You can also enjoy the Himalayan expedition along with the excursion to the Nepalese cultures and traditions. Grand and most celebrated festivals like Dashain, Tihar, and Chhath fall at this time.

For more information about festivals, you can examine in to Major Festivals in the Nepal section. So, you can prepare yourself for exploring the vast culture of Nepal scheduling your time by keeping spare time for extra activities. And, you need not worry about it,the beautiful country Nepal welcomes you all every time in every possible way.

EBC trek during the spring season

Everest Base Camp Trek in March, April, and May is another best month for Everest Base camp Trekking. During this time period, the average temperature of the environment above 4000m is 17oC which can go maximum to 25oC during daytime and minimum to -15oC during morning and night time. It is also the most recommended time for Climbing Mount Everest and Everest Base Camp hiking as it offers the clear vista of crystal-clear skies with the beautiful wandering of small cotton-like clouds.

Spring season simplifies itself as the season for blooming flowers and overall vegetation. Hence, during this season, the Everest Camp area along with its epic route is filled with colorful flowers and green hills. The base camp remains full of tents and trekkers visiting there. It is the busiest season for the Everest Base Camp Trekking as well as Mount Everest Summiting.

As in the autumn season, the most attractive vision is snow-filled mountains like Mount Everest, Mount Ama Dablam, Mount Lhotse, Nuptse, and many more, exotic flora and fauna, Himalayan Glaciers, and furthermore beautiful and picturesque landscape scenario.

Spring season welcomes the New Year in the Nepal known as Bikram Sambat time. The capital city of Nepal, Kathmandu as well as all over the nation celebrates this beautiful and priceless occasion with full-fledged entertainment. Another religious festival Holi also falls at this time. You can organize your trip in Nepal with spare time if you want to enjoy these occasions as well. It will help you know more about this amazing country Nepal, its people, and their cultures and traditions.

On contrary to how you might want to commence this trek, here are a few advice that would be helpful on your journey to the roof of the world.

Stay away from the monsoon months of June through August. The trail conditions are not the safest, trek will be wet and unenjoyable and you won’t even be able to get any great pictures of the beautiful mountain peaks.

Aim to trek in the peak months; February through May and September through October as you are guaranteed stable and mild weather. The classic route will be busy but this will do little to detract from the natural beauty of the area.

If you really want to avoid the mass and are prepared to invest in some proper cold-weather gear, trekking during the winter months can be for you. Keep in mind that many tour operators will not offer guided tours during the off-peak months and that many of the usual paths will be closed. Be sure to check before booking your flights!

Besides weather conditions, the other pressing question that every trekker asks about Everest Base Camp is whether the trek is doable. The difficulty of the EBC trek is characterized by various factors such as altitude, the number of trekking hours as well as  season that you decide to do your trek. So it is known that the trek is going to be a difficult one, thereby we advise you to carefully choose the weather as it might help in the long run.

While doing the EBC trek, we trek for around 5-6 hours a day. Thus, the EBC trek is also modest in terms of the number of trekking hours per day. Altitude is another big factor that is undesirable to the difficulty of the trek. There are various ways in which you can prepare for altitude sickness. You need to go slowly in your treks so that spend time for acclimatization as well.