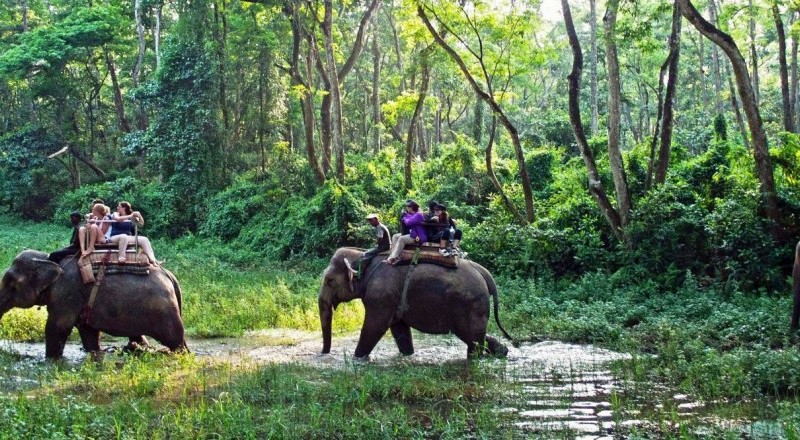 Tourism has supported the economy of many countries in the world. Not only to economic development but tourism has also contributed to social, cultural, environmental and educational sectors as well.

While some countries have developed tourism proficiently and thrived their economy, some countries are yet to explore the possibilities of tourism. Nepal is among the countries which need to look out for sustainable development in tourism as it can largely bloom the economy of the country.

Nepal welcomed 1.73 million foreign tourists in 2018 for the first time according to the data released by the Ministry of Culture, Tourism and Civil Aviation. Even after Nepal was hit by the earthquake in 2015, the inflow of tourists has increased since 2016. Despite having such prospects, the tourism industry earns only 55 million USD every year.

Tourism has been contributing only to 3% of the total GDP of the country which is relatively low given the immense prospects of tourism. Every year only 250 thousand people are engaged directly in the tourism sector and this has shown that despite being involved in tourism for very long, we are yet to sustainably develop the sector of tourism. So if we are to get the desired benefit from the tourism sector, we got to think sustainably now.

Tourism can be a bread-winner and in places where it is hard to grow any food, these places have a lot to offer from a tourism point of view. Especially in the Himalayas, it is very hard to grow any crops. But the gleaming mountains and lush landscapes for sure attracts a lot of tourists if explored.

It is quite clear that better facilities, larger will be the destination given the same topographic structure of the destination. It is no surprise Mustang sees more tourists than its counterpart Manang and the Manaslu region. So even the socio-economic status of the people of Mustang is better than other regions. The same is with the people of the Everest region. This is mainly because of the availability of infrastructure in these areas.

Larger the number of tourists in the destination, people in the area will benefit proportionally. Even though there is a huge potential of tourism, the development has been in the speed of a tortoise. This is unbearable given the economic benefits tourism could bring.

Nepal was tangled in the conflict between 1996-2006 which largely affected tourism in Nepal. The ongoing war between the rebel and the government poised a threat among the visitors. Even after the war was over, tourists had this misconception that the war was still at the peak and would care not to visit Nepal. After the restoration of peace, the inflow of tourists started to hike and the tourism sector has picked momentum now.

Even when Nepal was hit by a massive earthquake in 2015, it saw a large number of visitors arriving in Nepal the following year. Apart from these two incidents, there have been no other hindrances to tourism in Nepal.

Looking at the stats of tourists visiting Nepal, the tourism industry is showing some great signs of bolstering the country’s economy. This has persuaded the people and concerned stakeholders to invest in the industry. The benefits are yet to be explored to the fullest.

To get the maximum benefits, three areas should be focused.

The later of these three areas need to greatly care as Nepal lacks infrastructures for tourism development. There are places where roads are still a myth to the people. These places are enriched with possibilities of tourism but there are no ways to reach out to them.

Similarly, even if the destination is viable, the lack of infrastructures make tourists want to leave the place sooner. For the last 20 years, the average length of stay of foreign tourists has remained consistent to almost 13 days. This shows that the efforts have not been up to the mark to develop tourism as a strong sector to support the economy.

We are very slow at development that achieving all three parameters will still take a lot of time. There are destinations in the rural areas but the development of the destination is lacking. Also, the investments are being in places that have already developed themselves as a tourist destination rather than in new places.

Proper encouragement to the investors has lacked as well. Local people’s participation should be adorned while developing tourism. And even when there are destinations, their promotion has lacked as well. The efforts to develop air services, road transportation, and accommodation has not been up to the mark as well.

While it might not be possible to expand road services to all the parts of the country, air services should be expanded to popular destinations. Supporting infrastructures in the potential areas of tourism should be developed as well.

Above all the aspects to develop, human resources comes at the top. This means there should be a person who is well aware of the potential of tourism in Nepal and plan accordingly in every sector. The government should appoint an expert in the field of tourism and the travel organizations should have expert human resources as well.
It is not a day’s task to omit all these shortcomings but efforts should be made accordingly. The easy shortcomings should be removed as soon as possible and the harder should be thought properly and acted proficiently.

A challenge lies ahead of us and we need to focus on our tourism development efforts. The efforts should be made to solve the above challenges or developing tourism as a strong sector of the economy will remain a dream.

The tourism planning should be focused on community, economy, environment and infrastructural development. And while developing tourism, no other sectors shall be harmed. At this moment, Nepal’s approach to development has been far from realization and considerations. The major challenge is the formulation of policies and acting on them. There have been several good policies made on behalf of the tourism development but haven’t been acted upon. This has been the case for very long.

Previously, even the policies were feeble. Until 2065 BS, poverty-related issues were not incorporated but it has been now to some extent in the tourism policy. Despite having a pro-poor tourism policy, it has not been properly implemented and that is where the problem lies.

Another sector to be kept in priority is human resources. For this, educational and training programs are a must and the training packages should be appropriate for different provinces. For this, studies should be done before implementing such packages.

Local-level participation is a must as they are aware of the possibilities more than anyone. The initiation should be done from the local level as well and efforts should be made by multiple sectors. People should show active participation as well and the development of proactive leadership should help in the effective implementation of sustainable tourism development in Nepal.

Nepal is targeting at least two million tourists in the year 2020 through the “Visit Nepal 2020” campaign. This campaign is supposed to help the sustainable development of tourism by welcoming more tourists and letting them know about the beautiful country. The marketing has been feeble and needs to be worked on.

The marketing is another serious sector to think about when it comes to developing tourism. It will be very naive to say but people visit places they have heard about. And when a foreigner visits Nepal, he is only aware of a  handful of the destination while there are hundreds of destinations in this beautiful country. So at first, the places with possibilities of tourism need advertisement. For this, the local government should collaborate with the state government to advertise about the place.

Similarly, local tourists who like to visit different new places can broadcast their journey and aware people of its existence. Apart from developing on the local level, social media acts as a good platform to advertise about different destinations. A hashtag campaign in social media can catch the attention of people and persuade them to visit this country.

Tourists who have recently visited the country can be a good mediator as they share their experience of the stay in Nepal. So if given proper hospitality, tourists would love to visit the country again as well.

Nepal has a 10-year national strategy for tourism development initiated in 2015 which has not adequately addressed the problems endured in the field of tourism. If revisited, this strategy and its proper implementation can help in the development of tourism.

From the mighty mountains in the Himalayas to the rare flora and fauna found in the Terai, Nepal carried the immense prospect of tourism. Just like many other countries, Nepal can develop tourism as a strong sector to support the economy of the country. For this, there should be a sustainable development of tourism in Nepal. With proper policies and their strict implementation, sustainable development of tourism should not be a hard thing to come by.