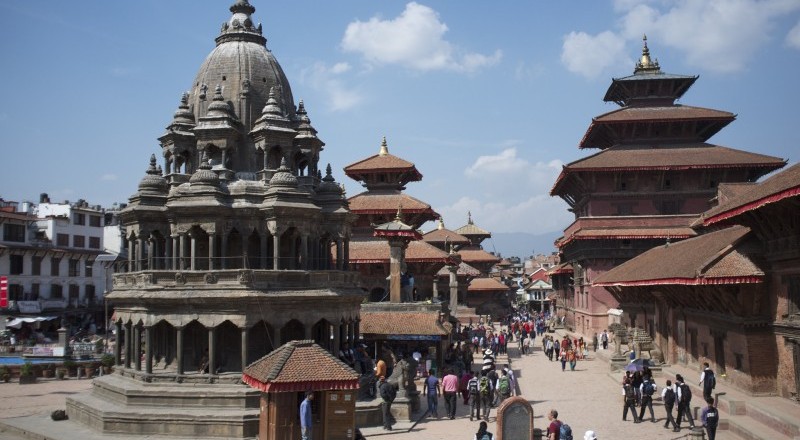 A developing country in South Asia, Nepal is an essence of natural beauty and geographical variation. Blessed with numerous gifts of nature, Nepal is rich in natural beauty and destinations which makes it no surprise that Nepal is often considered as one of the best places to travel.

The Nepal Tourism Board has launched the ‘Visit Nepal 2020’ campaign to lure more tourists to the country. While any year is good to visit Nepal, here are a few reasons that would make the year 2020 an ideal year to visit Nepal.

Nothing compares to the Himalayas. Trekking is one of the most popular affairs for tourists, both Nepali and Foreigners. Nepal contains more than 1300 peaks over 6000 meters which allows Nepal to offer the best climbing opportunities in the world. Trekking is featured with viewing the natural beauty of the Himalayan range and visiting diverse ethnic groups with their own unique culture increased at a more leisurely pace.

Since 1949 as Nepal opened its peaks to the mountaineers, the Himalayas in Nepal have become the greatest attraction for all climbers from around the world. Beginners can enjoy trekking and if you want an ultimate challenge of summiting a Himalayan Peak you can opt for wide varieties of mountain climbing packages Nepal offers.

On your visit to Nepal, be a part of experiencing the architecturally and culturally rich heritage sites in the city of temples, Kathmandu valley, and the birthplace of Buddha,Lumbini;or get a glimpse of exotic flora and fauna of Nepal’s Himalayas in the Sagarmatha National Park or enjoy the mellowness of Terai in Chitwan National Park.

The ethnic heritage of the Kathmandu Valley is instantiated by seven groups of monuments and buildings that display the full range of historic achievements for which the Kathmandu Valley is world-famous. These monument zones are the durbar squares of three cities of Kathmandu, Bhaktapur, and Patan and the religious ensembles of Swayambhu, Bauddhanath, Pasupati, and Changu Narayan. The remaining three sites located outside the Kathmandu valley hold on to their significance of existence.

Lumbini, the birthplace of Lord Buddha is considered one of the holiest places for Buddhist pilgrimage. Lumbini bears not only historical and religious importance but also the cultural one. Lumbini Garden, Mayadevi Temple, and world peace pagoda are the major attraction of Lumbini.

Chitwan National park is stretched across an area of 932 sq km and serves as a home to a variety of wildlife species. It has a specially rich in flora and fauna. The park offers a very worthwhile excursion via jungle safari. During your stay on the resorts of the park, you are piloted with varieties of cultural artifacts of people in Chitwan.

Finally, Sagarmatha National park is yet another park in Nepal which has made its way to the list of the world heritage site. It offers the most magnificent views of the rugged mountains, glaciers, and river. The park houses an amazing array of birdlife and exotic animal species. In a nutshell, the Sagarmatha National Park is a storehouse of Himalayan Natural resources.

Nepal is looked upon as a culturally rich country and is stated as a multicultural, multi-racial, multi-linguistic and multi-ethnic country. Different languages and cultures exist in Nepal that has made the country outgrow as a combination of varieties of cultures. These diverse traditions and lifestyle are a notable feature of Nepalese people.

Around 80% of Nepal’s Population practice Hinduism but there is a heavy influence of other religions as well. Because of this diversity of culture and religion, traveling around the country has a lot to offer in terms of a unique blend of cultures. With varying land topography all differing from one another in terms of religion, learning about each region’s custom and tradition is an enlightening experience and how Nepal is a hotspot for marvelous visits.

Nepal is a geographically and geologically diverse country from the steamy plains bordering India to the mid-climate hilly areas to the high snow-capped mountains. With the stunning diversified landscapes, Nepal’s national parks and wildlife reserves are worth a visit.

The Chitwan National park, Bardia National Park, Parsa Wildlife Reserve, and Shuklaphanta national park offers an incredible variety of mammals, reptiles, and birds. The Chitwan national park is well known to be one of the best conservation areas in all of Asia with a captivating range of wildlife along with endangered species like one-horned rhinoceros and the royal Bengal tiger.

The Koshi Tappu wildlife reserve based in eastern Nepal is home to an astounding variety of bird species and is a treat to bird watchers. The Khaptad National park in the far western region is a whole new topography with rolling hills amidst the vast expanse of green pasturelands.

The best possible way to understand Nepal and the people in Nepal is through their cuisine. since the food habits of people differ depending on the region, Nepal doesn't have one distinct cooking style. Therefore, Nepali cuisine comprises a variety based on ethnicity and climate relating to Nepal’s cultural and geographical diversity.

The regular Nepali meal is Dal(lentils,peas and beans), Bhat (boiled rice) and Tarkari(curried vegetables) accompanied by Achar(spicy pickle). Acquired from the Tibetians, Momos(steamed dumplings) deserve a mention as one of the most popular snacks among Nepalis with being said that “ you are not a Nepali if you don't like momos”. Rotis(flatbread) and Dhido(boiled flours) along with Gundruk (fermented green vegetable) also make meals in some homes, especially in rural areas.

Newari cuisine is considered to be one of the most delicious foods with intense flavoring. Newa cuisine features dishes for every edible part of buffalo meat which makes Newari food a unique subset of Nepali cuisine. Thakalis are notable for producing high-grade rice and lentils which makes Thakali khana famous among the Nepalis.

Apart from these dishes, there are still innumerable varieties of eatery that you could. Therefore on your visit to Nepal, try and explore the hidden secrets of food into the ethnic settlements all over the country.

Nepal is blessed with the landscape variation, it has gained a lot of popularity in adventure events. The “Visit Nepal 2020” campaign offers numerous adventure sports that you can try and save as a memento of your Nepal visit. Some of them could be:

i. Bungee Jumping and Swing

The bungee jumping and swing are some of the popular extreme sports of Nepal. The thrill of a bungee jump could be experienced either at The Last Resort along the Araniko Highway or the fascinating city of Pokhara. The Tandem Swing along with your partner would be the most memorable experience of a lifetime as candlelight dates and easy romantic vacations are too mainstream.

Paragliding is truly a pleasing experience for an adventure lover as it is the purest form of flying. There is something extremely alluring about the state of the sky that gives us a sense of sheer stillness and immortality. The SarangKot hill situated on the boundary of the  mesmerizing city of Pokhara is considered to be the best paragliding spot. With adroit pilots to guide you through the skies, paragliding results to be an experience of a lifetime.

Ziplining was initially started as a necessity to transport things from one hill to another and later became the subject of interest to some adventurous minds. The longest, fastest and tallest zip line is situated in Pokhara that will take you around Annapurna and the Machhapuchhre range eventually lowering you to the green hills and the lowlands.

Nepal is appraised as one of the best destinations for white water rafting. With thousands of adventurers navigating the challenging rivers of Nepal every year, Trishuli river stands out as one of the immensely popular rafting destinations. As a relatively calm river, this rafting trip is considered ideal for the first-timers.

Gautam Buddha is the originator of the Buddhism Religion. Lumbini, the birthplace of Gautam Buddha is one of the most spiritual sites that you can visit in Nepal. You can visit over 20 different Buddhist monasteries and the birth spot of Lord Buddha within the sacred Maya Devi garden.

The birth of lord buddha is supposed to have taken place in the beautiful sal grove in the Mayadevi garden territory. It is believed that Mayadevi, the queen of Shakya sing Suddhodhana of Kapilvastu on the day of Baishaka Purnima (Full moon day of May in 623BC) took a bath in a sacred pond and gave birth to Prince Siddhartha, who enlighten himself to become the Buddha.

Therefore, the “Visit Nepal 2020” campaign is sketched to promote peace from the birthplace of Lord Buddha, share diversified and unique socio-culture to the world to thereby uplift the living standard of the locals.

Namaste from the top of the world!